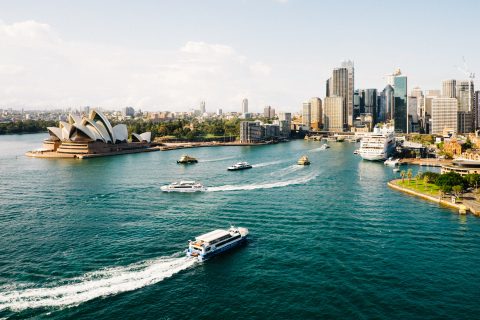 Focus on car washing in Australia with ACA-president Neil Fox

For the first time in four years, the Car Wash Show Australia will be held again, starting this Tuesday. Not in Melbourne but in Sydney. Carwashpro got to speak with Neil Fox, who is president of the Australian Carwash Association and closely involved with the event. He predicts a lot of change in the Australian car wash business in the years to come.

It’s been four years since you’ve been able to organize a Car Wash Show down under, isn’t it?

“That’s right. The last one was in 2018 .This will be the biggest show since we started. We had to move out of Melbourne because we ran out of room there. We tried to organize one in September 2020, but then Covid was around.

We run The Car Wash Show here every second year. Europe has theirs on the odd years; we run on ours the even years. That’s the agreement we have between the ICA, Europe and ourselves.

We are expecting about  550 to 600 people. We’ve got a little bit of a hiccup last week because The Queen died. This Thursday will be a public holiday, which has put a bit of a span in the works.”

What will be the main topics?

“The highlight will be the new investor seminar. We’ve got so much new money coming into the market. So we’ve got a number of topics on that issue. We’ve got both a couple of suppliers and operators talking about the industry.

I’m also looking forward to the Bus Tour. Where we will show people a number of car wash sites in and around Sydney. Car wash operators simply love looking at other washes. That’s just what they do. They love to walk around in one and kick some tires. It is also an opportunity for some new investors to rub shoulders with existing operators. It’s great for networking.

Of course we’ve also got a huge exhibition floor and we organize a couple of social events at night. “

Apart from being the president of the ACA, Neil Fox also runs 9 washes in Western Australia under the brand name The Wash Factory. These car washes are mostly rollovers. According to Fox, the Australian market looks a lot like how the US market was a long time ago. “Which means, it’s mostly inbay automatics. Sometimes combined with self wash bays. Tunnels are a rare thing in Australia. Recently, I asked a car wash colleague how many tunnels he thought there were in Australia. He counted no more than 50. Out of approximately 3500 car wash sites throughout Australia. So that’s a very small percentage.”

“There’s probably a couple of reasons for that. Structural reasons. For starters, the land is very expensive. A tunnel plus vacuums simply takes up more land. Plus, it will probably cost you a couple of million bucks to put it there. So you narrow the risks when you keep it at a couple of self-service bays with an automatic in the corner.”

From a European point of view, it looks like you’ve got plenty of land in Australia. So why is it so expensive?

(Laughs) “You have to ask someone who is smarter than me. My answer would be: I have no idea. I agree with you, it doesn’t make any sense. A lot of the population lives along the coastline and few live inland. That’s probably partially the reason. Land here is probably two or three times more expensive than in the US.”

What are other challenges in Australia?

“The next one would be personnel. Staff is really expensive over here. You can run an inbay automatic/self-service structure with 1 FTE. With a tunnel you are looking at 4 or 5 FTE. With an hourly salary of $25 and upwards during weekdays, that’s simply not gonna work.”

What about the water supply and the lack of water? In 2019 you were involved in managing a drought, I read. Is drought currently an issue in Australia? Because the summer in Europe has not been easy.

“I saw that. We have actually gone completely the other way. Our problems have been flooding over the last 18 months. The drought back then mainly hit in New South Wales and around Sydney. But eventually the dams filled up in under two weeks. So the whole thing changed very quickly. Now all the dams around Sydney are at capacity. We’ve gone from drought to flood.”

In France and Spain, car washes had to close down over the summer. Was it ever as bad around Sydney?

“They put on some level of restriction, but we could still wash cars. We had to work really hard for that, though. Problem was, the water authorities didn’t want to tell me how much water we were actually consuming in the car wash business in total. I know for a fact it’s a very small percentage, nationwide.”

What about water recycling in car washes throughout Australia?

There is not a huge amount of recycling going on here. It’s a tricky proposition. It all depends on what kind of operation you are running. For an automatic in operation, the cost of building a recycling unit is really high. Plus, if you are on the leased site, you gotta get approval.

For some basic functions, like underbody wash, companies recycle the water. But you can only recycle water in  automatic washes. Not on manual bays.

In Queensland, the government actually invested quite heavily in recycling. There it also made more sense.

As a car wash company, you probably have to invest more than $200,000 to get a decent outcome. For most car wash owners, that will be more than 10% of their set up.”

Can you tell a bit more about the general car wash industry and Australia. Who are the big players?

“It’s quite fragmented over here. Most of the known brands are running hand car washes. There is Star Wash, which operates nationally. There is Magic Hand, which mostly operates in Melbourne and Perth. Then you’ve got Hoppy’s around Queensland. And you’ve got Concierge and Chrystal, which operate mostly around Sydney. Those are probably the most known car wash brands in Australia. Other than that, you’re talking about 3500 sites, owned by no more than 2500 people. So there’s not that many people that own more than a couple of washes.”

Compared to the American and European market, who are the main suppliers?

“We are mostly using the same machines. Brands like Istobal, Ryko and Sonny’s are big here. There is only one Australian manufacturer of machines, called Mr. Magic. Dave Wallace is an industry stalwart. He studied the US markets and decided to make his own machines, down in Queensland.
When you’re talking about the soaps and the wax, most of it is coming from the US. And there are a bunch of local manufacturers as well, like Slipstream.”

In the US and Europe the subscription model really got traction over the last two years. How is that in Australia?

“Very light.  Mainly because of our automatic market. Most operators believe they don’t have enough capacity for wash club concept. Plus, the technology in most car washes in our country is simply not up to par at the moment. You have to integrate it with mobile apps and sensors. Unless you can deliver the expected volume, it makes no sense. Like I said, we only have 50 tunnels in the whole of Australia so there is not much club washing going on.”

But the tunnels do offer unlimited washing?

“Yes, because it works for them. They’ve got enough capacity, all hours of the day. There’s a difference between doing 60 cars an hour (in a tunnel) and 20 an hour, in an automatic.

Another thing is, our market is really immature in terms of the percentage of people that wash their cars at a car wash. That is still relatively low in Australia. The RCA did research about it and I think it was about 30% of drivers that regularly use a car wash. Compare that to the US, where it’s more like 90%. It’s a bit of a horse and car-thing, to be honest. The arrival of tunnels in the US has completely changed that market. That will happen here as well, eventually. When people start to invest.”

What else will change?

“The first thing that will change is the type of car wash owner. That will change dramatically in the next two years. Now, people see a car wash as an investment. While previously, many owners were only taking cash out of it and not investing in the business.

But now there is less cash these days, because we are all using cards. I think it’s up to 80% of credit card use in our business.  In 2016 that was only 40%, at least at my car wash. So it has changed quite quickly. That has taken a massive piece of the risk away in operating a business. In the coming years, we will see some huge changes in the Australian car wash business.” 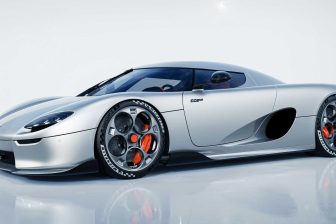 Here’s how you wash a 4 million-dollar car 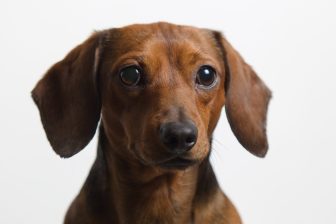 Doggy day out in the car wash