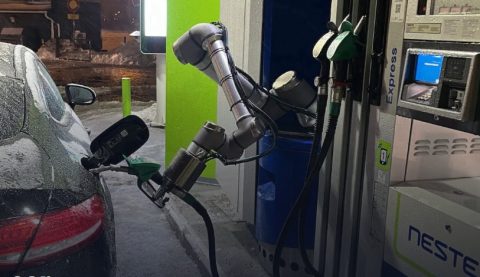 Watch how a robot fills up your car

In the future, our cars will be fueled or charged by robots. That’s the firm belief of finish company Autofuel. Our colleagues of PetrolPlaza traveled to Helsinki to see what the future looks like.

To most car wash owners, robots and sensors are part of everyday life. Whether they are running a rollover or a tunnel, many parts of the process are automatized.

But when it comes to refueling your car, human interaction is still very much needed. The driver has to open the tank hatch manually and attach the nozzle of his or her choice. Soon this will be a scenario of the past, according to Autofuel. In the future, you can simply stay in your car while a robot fills it up. Their robot arm is now third-generation and almost ready for commercial use.

“We are at the end of the testing phase and close to commercialization”, says Jonas Thor Olsen, CEO of Autofuel in the very entertaining video. “As a fuel retailer you can now give customers back their time instead of linking them to the nozzle.”

According to Olson the game changer will be automated vehicles. Once they become common, the robots will take over. “You don’t want to have humans serving robots in the future”, he puts it bluntly. “The general purpose of robots is the opposite.”

Seeing the robot arm in action is quite intriguing. It’s moving slowly (there is actually a law in Finland stating how fast the robot arm may act when there are people around) and has no sharp edges. A camera first scans the vehicle to see if it’s in the system. Then the driver receives instructions where to place the car, after which the robot arm takes a few pictures of the hatch-placement and how to open it.

Later this year, Autofuel will start a commercial pilot at the Neste Express Vantaa Siltamäki station, who are happily participating in the test phase. Neste is the largest producer of renewable diesel in the world.
“Customers are expecting a more smooth and convenient experience at the station. The robotic arm is a good example of technology that can make the experience nice and easy”, says Katri Taskinen, Vice President at Neste. 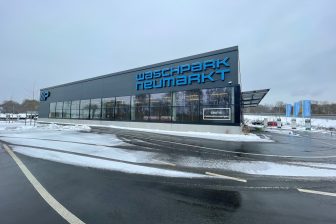 How did the first year of the Neumarkt car wash park go? 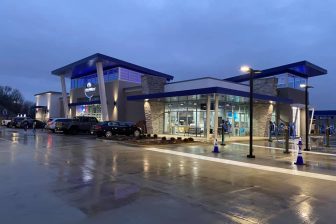 Tidal Wave begins the new year on a high 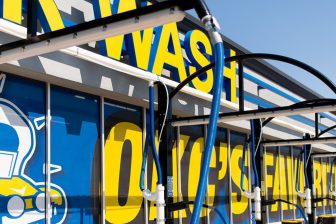