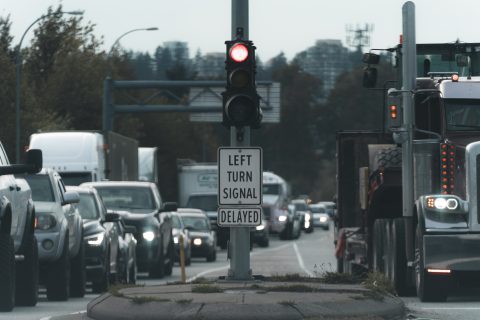 Monster traffic jams in the UK

Monster traffic jams clutter the British roads this weekend. The freeways towards Dover are packed with thousands of trucks with traffic jams up to 30 km.

More than two thousand trucks were at a standstill on the M20 to Dover Saturday. Passenger cars were able to pass through the monster traffic jam, but if people were to take a ferry ship they were in for a long wait. According to traffic specialists it is the biggest traffic jam since Christmas 2020, when strikes in France and pre-Brexit supplies also caused days of traffic jams.

The main reason is the suspension of connections to French Calais by the British shipping company P&O Ferries.
P&O is in a deep social conflict after it laid off 800 staff and wanted to replace them with cheaper personnel. Dover is the main port for transport to and from mainland Europe and P&O has a market share of about a third there.
The other companies say they cannot cope with the extra influx of trucks because of the rush for the Easter vacations.

In addition, there are software problems at customs that make the formalities for the brexit process much more difficult. The result is that once again thousands of truck drivers are stuck.