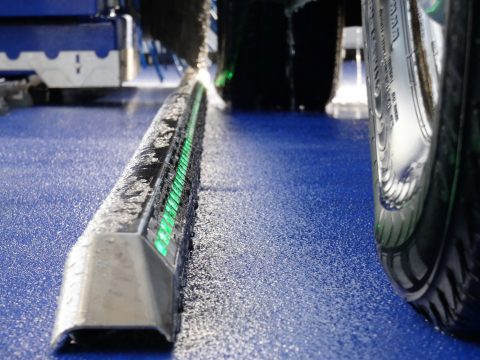 How safe is the car wash?

A 56-year-old man was tragically killed last week in a California-based car wash, after he ended up between his car and the car wash machines. According to local police, he had gotten out of the car. Which made us wonder: what is the safety record in European car wash facilities?

The police of Escondito in the southern US state of California received a call around midnight from someone who heard a car alarm go off at the local Pearl Car Wash. After officers came to check on the situation, they found the lifeless body of a 56-year-old man. He had become trapped between the vehicle and the machines of the car wash.

Why the man had gotten out of his Scion xB hatchback was not immediately clear. The particular Pearl Car Wash’s was one of the rollover principle. Where the customer selects a wash program and parks the car, after which the washing machines move over the vehicle.
However, the washing machine was not active. It seems that after getting out of the car, the man was dragged along by his own car which was still in gear.

“This is obviously a tragic incident,” responds Thomas Drott of the German carwash interest group BTG. “As far as I know, something like this has never happened in Europe before. We always advise leaving the vehicle before starting the wash program, but we know that there are also operators who allow their customers to stay in their cars during the roll over. The operator should then tell the customer that they are not allowed to leave the car during the wash. If they subsequently do, that is a risk that is almost impossible to avoid.”

Deadly accidents in automated car washes are very rare. In November 2019 a 73-year old man died after becoming trapped between a rollover and a car door. This was at a Chevron location in Mulgrave, Australia. Chevron got sued for negligence. The car wash in question did not have any signs warning motorists not to get out of their cars while the car wash is in use.