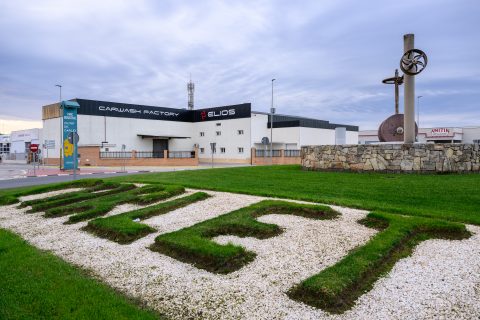 Spanish company Elios Car Wash has invested 1,5 million euros in a new factory near Valencia. There, they hope to produce 60 rollovers a year, including their latest model Infinity. Elios is run by three brothers, all former engineers at Istobal. What’s their story?

Until recently, when you combined the words Spain and car washing in one sentence, chances were high you would also mention Istobal at some point. But with the upscaling of Elios Carwash, there is now more to choose from on the Iberian Peninsula besides the known multinational.

Elios was founded in 2018 by José, Bernat and Antonio Vanaclocha, who all worked for the Valencia based company. “We’ve designed a lot of machines for Istobal in the past”, José looks back. “Machines that are still being used today.”

After they left, they initially made machines that had nothing to do with car washing. An investor eventually convinced them there would be room for a second car wash manufacturer in Spain. “At first we were hesitant, because I know it’s very difficult to get a foot in the door”, José says. “But we are now glad we decided to give it a try.”

The Vanaclocha brothers are not too keen on looking back on their Istobal-years and prefer to talk about the future instead. But the fact they named their first rollover machine Nemesis, should give you an indication.

“We try to give more quality for the same money”,

The Nemesis is a sturdy mid range rollover machine made with stainless steel components, where other brands might turn to galvanized sheet metal or plastics. “We try to give more quality for the same money”, says José. “At the end of the day, most roll-overs look alike: three brushes and a dryer. But you can make a difference in design, quality and energy consumption.”

They sold their first machines to local petrol stations, but pretty soon also found distribution in Portugal, France and recently even Saudi Arabia. Several oil companies have also shown interest in the Nemesis.

Elios soon needed more space to address the rising demand. Or as José puts it: “Our base needed an upgrade. In the old factory it was impossible to produce 60 rollovers a year. Now we can.”
The new 3000 m² plant is situated near the entrance of Polígono Ciutat de Carlet, an industrial zone. “It is a real eye catcher and conveniently near the highway to Valencia”, José proudly states. “Furthermore, a few of our suppliers have their office conveniently around the corner. One is only 200 m away.”

Running a family business makes cutting corners easier, José confirms. “Whenever there is a conflict on the horizon, it can be solved easily because we know each other so well. Maybe there will be some shouting involved, but that’s never a problem when it’s your brother. Five minutes later, everything is fine again.”

The tasks are not clearly defined, though Antonio is the CEO, according to his brother. “He talks with clients and thinks about strategies, while Bernat is mainly involved in the financial side. My main role here is in the technical department. But in the end, we’re all involved in these subjects.”

When asked about the future, José actually has a scoop. “In march we will introduce our new machine, the Infinity. It will be competitive to the high end machines that are being built by Christ, WashTec and Istobal. With high-pressure water, a very good dryer and top-quality brushes. It will be in the range of € 90.000.”

We are confident we can make a difference in the higher segment of the market.”

The idea to step up the game came after many petrol stations ordered the Nemesis with lots of add-ons and yet were still surprised about the moderate price. “This got us thinking. There is much competition in the low and mid range segment of the market, so there is less money to be made. We are confident we can make a difference in the higher segment of the market.”

Spectro added a car wash module to their app 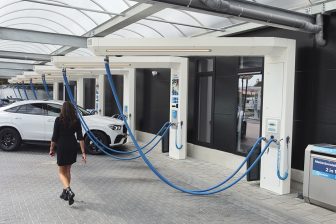 Meet the future of vacuuming 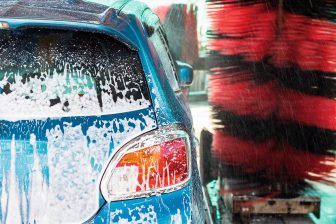 Is it smart to invest in the European car wash industry? Spoiler: Yes.