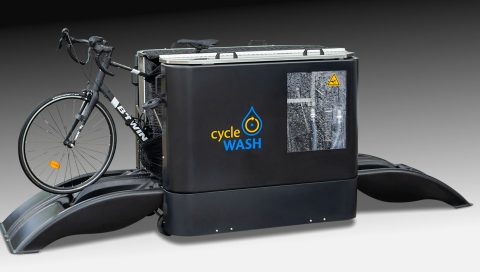 Can cyclists be a new target group for car washes?

Because inner-city mobility is changing rapidly, a German company has taken the leap and developed a machine to wash bicycles. In a car wash, or anywhere basically. Meet CycleWash.

After corona struck the world two years ago, bicycle sales went through the roof. Turnover from bicycle sales has doubled and sales in some countries have risen by 9 percent.
Electrical bikes became even more popular. In bike friendly countries like Holland and Denmark sales of e-bikes have risen 30% compared to last year. This all might well create a new market, since people want to keep their expensive electrical bikes in good shape.

Wash bays are, of course, perfectly suited to hose down a muddy mountain bike. But in Germany, where bicycle sales also exploded during the corona crisis, they think it can be done more efficiently. The Cologne-based company CycleWash developed a semi-automatic bike wash. A prototype of the device was already tested last year at a branch of washing chain CleanCar AG. Now there is a production-ready machine in two variants. One of which is a mobile version that can be transported easily….on a cargo bike.
The washing process of the CycleWash is very similar to a car wash. The customer does the pre-cleaning himself with a spray head. Then he puts his bicycle in the machine and changes its position during the washing process so that all spots and parts are reached. After washing, the customer can dry his bike with the provided towels and continue his ride.

CleanCar was particularly pleased with the environmentally friendly aspect of the bike wash installation. This is because of the biodegradable cleaning agents and a closed water cycle. During the trial, expensive bicycles and e-bikes were also washed.
Feedback from customers focussed mainly on more automation of the washing process and to include an integrated drying.
The company took that criticism to heart and incorporated it into two new semi-automatic bicycle washing systems: The CycleWash miniDUO and the CycleWash Go. These systems not only make greater use of water jets, but also have brushes.

The Go washing system works the same as the mini DUO washing system, but is a lot smaller. Because the machine is only 1.40 meters long, it can be transported on a cargo bike.
In both systems the cyclist pushes his bicycle into the washing machine and selects a washing program. There is a choice between pure water for brush washing or a ‘premium’ program with a washing additive.
The washing system can be manually adjusted to the height of the wheel so that the handlebars and saddle remain dry during the wash. 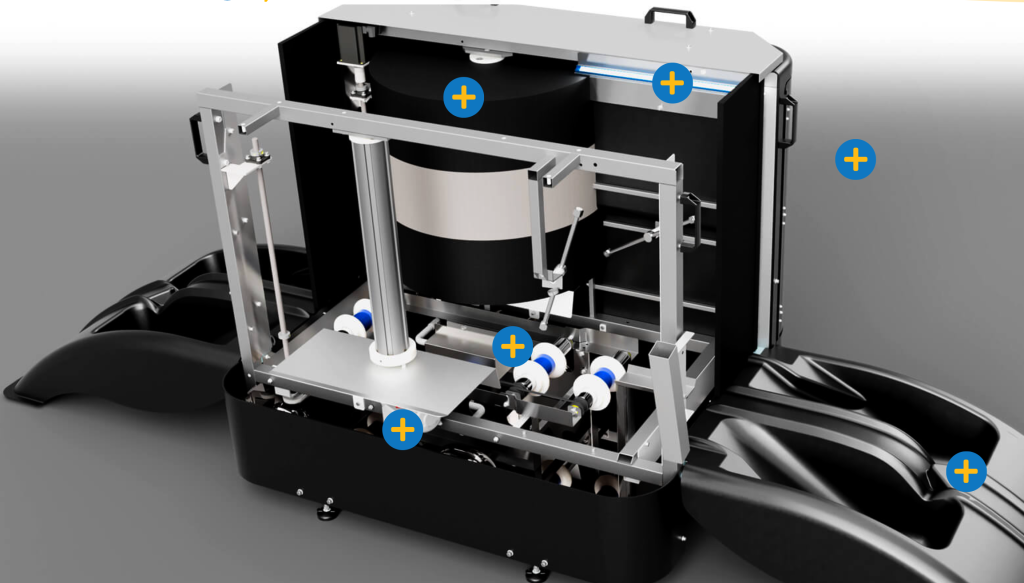 A pre-wash is possible with a Clean & Dry Gun. This lance uses compressed air from 6 to 8 bar. The customer has the choice to spray his bike clean with compressed air only or to use water as well. The water consumption of the lance is at least 100 milliliters per minute. In this way, a complete pre-wash can be done in three minutes with only 300 milliliters of water.

On request, the machines can be supplied with a module for ultrasonic cleaning. In this case, air bubbles are generated in a washing tank with ultrafine vibrations to the left and right of the belt. This works with about 40,000 vibrations per second. These air bubbles loosen the dirt from the rims and tires. For heavier dirt, a special biodegradable cleaning agent can be used.

According to CycleWash, e-bike owners are the main target group for bike wash systems. The maintenance intervals of these bikes are comparable to those of a car. And at specialty stores, long waiting times are now common for service calls.
A bike wash system can at least ensure that the bicycle is clean in advance so that this time can be saved in maintenance. This, according to CycleWash, makes it an ideal addition to the existing cleaning options of a car wash or car wash bay. 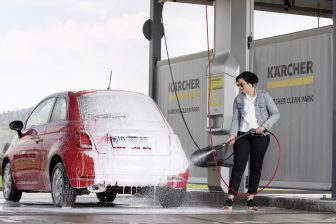 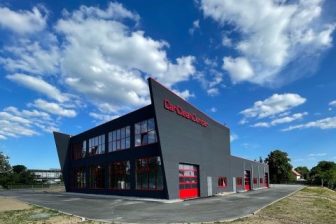