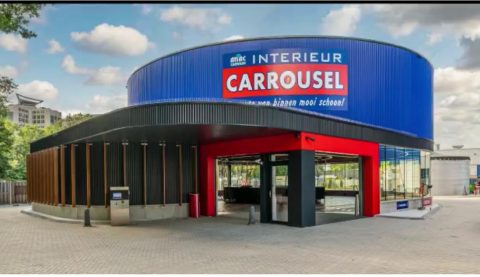 This is the world’s first interior cleaning carousel

Dutch car wash company ANAC has recently opened the world’s first interior cleaning carousel. According to owner Lex Peters, the carousel is the new standard for interior cleaning. The round conveyor is compact, convenient and attractive for the customer. The work is no different than on a linear conveyor.

The interior carousel of ANAC in Arnhem Overmaat started turning at the end of July. And with success. Lex Peters of the car wash chain already calls the carousel the new standard for interior cleaning. He is already working on the next carousel; interior cleaning is scheduled to open at the ANAC branch in Den Bosch in 2022.

A spin on the carousel takes about 8 to 10 minutes. There are eight positions on the belt. “The car comes in and drives up the circle and when it is three quarters around, it drives off again,” Peters explains in an interview with CarwashProTV (see below, in Dutch). “In the meantime, we clean the windows, the dashboard, vacuum the car and we clean the boot.”

The carousel has a diameter of 20 metres, the outer wall is 63 metres. There are eight spots on the circle, one of which is needed for driving on and off. “It is fairly compact and convenient for the customer,” says Peters. Within the circle of 20 metres is a bar, where the customer can have coffee or tea while the car is being cleaned. The bar is slightly higher than the car, so you can see the car clearly and also look over it.

The time the employees have to clean the car is comparable to a linear job. The work is no different either, it’s just much more compact. Peters: “That also applies to the customer. He gets out and walks to the middle. Very efficient.”

The building has glass all around. “The beauty of it is that when you’re inside you have a nice, peripheral view, and when you’re outside you can see what’s happening inside.” For Peters, this is the new way of interior cleaning. He has had the system patented. So anyone who wants to use the technology must first turn to ANAC.

“The employees had to get used to the carousel at first. How do you use the circle, how do you make it turn,” says Peters. He calculates: “Suppose you do 40 cars in an hour, then you have one and a half minutes per car. But actually you don’t want to stop the circle all the time to let cars drive in and out. We did that on the first day, but it was a bumpy ride. The best thing is if the circle keeps on turning evenly. That feels very nice.”

Cars enter and exit the circle at the same point. Along that route is an electronic ribbon. When a car stands still for more than six seconds, the circle stops spinning. “You have six seconds to drive in, that’s walking pace. And if it takes longer or something strange happens, those six seconds are more than enough time to make the necessary adjustments.

Goal is to have customers clean both exterior and interior

Peters prefers customers to combine interior cleaning with a wash in the tunnel. “We are still working on the process to determine how and what. We also have nine wash bays. What if those customers also want to go to the carousel? Perhaps we’ll charge a different amount for it then.” Checkout for the carousel is now done at the entrance to the car wash tunnel.

The indoor cleaning should be seen as an addition to the car wash and not as a separate part. Peters concludes: “If you ask me whether it makes me happy if someone only comes to do his interior? Then no, that does not make me happy. It’s the whole story, a wash and cleaning the interior. That’s the goal.”

Watch the report that CarwashProTV made about ANAC’s interior carousel below (in Dutch). 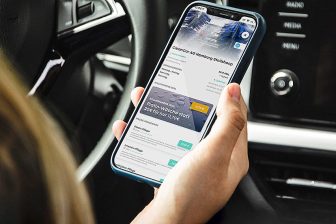 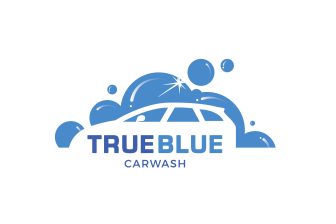