The car wash industry is celebrating a special anniversary this year. With the invention of the first car wash machine in 1962, the foundation was laid for a new sector. WashTec and its predecessors played an important role in this. Let’s take a step back in time and learn more about this milestone in car wash technology.

The history of the automatic car wash began in 1962 in Augsburg, where WashTec AG has its headquarters today. Two architects, Gebhard Weigele and Johann Sulzberger, were looking for a solution to easily wash their cars. After every visit to a muddy construction site, their cars were dirty. The duo got tired of this and went on to invent the first automatic car wash.

Nicknamed the carousel, this machine consisted of a large, approximately two-meter high side brush and a half horizontal roof brush. The machine went around the car on a rail, consumed about 45 liters of water per wash, which took about two minutes. This machine is considered the first car wash and came on the market under the brand name Wesumat.

The next important milestone came from the -then competitor- Kleindienst. They invented a system with three rollers, which still resembles today’s rollover, more or less.
In the following decades, the Kleindienst and Wesumat companies worked in sync on new inventions to improve vehicle washing. As early as 1964, Kleindienst’s first car wash was presented. Its main features are still used in today’s car washes.

The next big step was the combination of washing and drying in 1969. With the rollover Combi Type 6-269, vehicle cleaning consisted for the first time of three steps: washing with a three-brush system, waxing with wax in the spray system and final drying. This made car washing even more efficient. Drivers got themselves a clean and dry car at the push of a button.

In 1976, Kleindienst’s Super-Polish Combi came on the market. This machine tackled one of the biggest problems at that time: wheel washing. The Rawa wheel-washing system solved that.
Because of increasing customer demand, Kleindienst went on and developed the Euro Combi in 1984, a rollover that offered a selection of wash programs.

The development of this generation of rollovers took 4 years, but was subsequently well received throughout Europe. In fact, a number of them are still in use almost 40 years after its introduction.

The development continued. Even faster car washes were presented. In 1985 the rollover California Rohé Elektronik 35 came on the market. This was equipped with programmable electronics and processed the washing programs with smoother movements than ever before.
Electronic equipment was also used for drying, in such a way the system always performed the drying at the same distance from the vehicle contours.
This car wash already offered eight basic programs with 26 possible variations; the operator could put together his desired washing program.

With Kleindienst’s rollover EC 2000, a new standard was set that is still very relevant today. For the first time, data from the car wash could be read out on the computer. This not only simplified the service, but also offered new management possibilities through the analysis of statistics and user data.

The importance of environmental protection has increased since the late 1990s. Washing at home was increasingly prohibited and car wash customers appreciate the quick and easy wash in the car wash. In 1994, California Rohé’s new C 45 set new standards for car wash operators in the portal car wash sector. With a small space requirement, low energy consumption and low noise emissions, the system increased profitability for the operator.

The birth of WashTec AG

The market itself also continued to develop. In 1996, Kleindienst and California Rohé GmbH merged in a new company called California Kleindienst GmbH.
The next merger with Wesumat Holding AG took place just four years later. This laid the foundation for today’s WashTec AG.

According to the company, WashTec’s success would be unthinkable without the long tradition, know-how and innovative strength of its predecessors. It wasn’t until 2008 that WashTec AG became a full-range supplier for all things related to vehicle washing, with the takeover of wash chemical manufacturer Auwa-Chemie.

In 2002, the first rollover was launched under the WashTec brand name. The SoftCare Pro made individual design and washing technology possible at a high level. The SoftCare series was continued in 2012 with the SoftCare² Pro Touchless. Two years later an especially fast washing system was introduced: The SoftCare Pro Classic. A Premium-Express system with simultaneous functions, where washing and polishing took only six minutes.

For the last five years or so, the car wash customer’s washing experience has become much more important. With the SoftCare² Pro Silverlight, WashTec implemented its ‘4Dimensions’ wash concept. This combines wash quality, speed, ease of use and design into the ideal rollover wash. Apart from soap and brushes, the Pro Silverlight is also equipped with a light show and illuminated wheel guide rails, opening up a whole new experience aspect of WashTec systems.

WashTec rollovers have been “smart” since 2019. The SmartCare combines the washing performance of the SoftCare series with innovative and intelligent solutions such as remote access, remote monitoring and remote control that did not previously exist in the car wash industry. 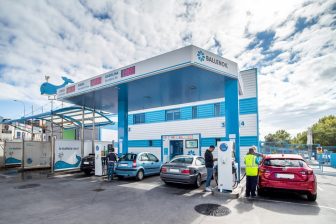 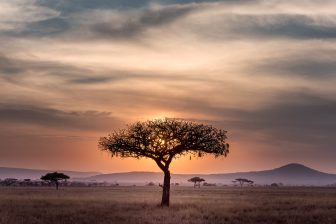 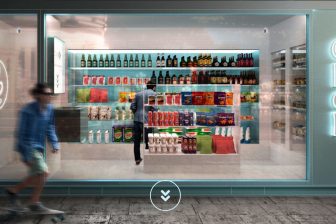