No extra turnover during Halloween, but lots of fun

The Halloween event at the Shell De Wetering carwash was a massive sell-out. Some 250 cars were washed and the occupants were scared to death. However, the event did not result in an increase in the number of car washes or turnover, says owner Johan Teunissen. But it is ‘especially fun’.

It was scary in the carwashes on Halloween. Johan Teunissen was not dressed up himself, but almost all staff had done their best to wash cars dressed as zombies or scary clowns. Many visitors also came to the carwash dressed up.

To have your car washed at Shell De Wetering on Halloween, tickets were sold online. The first 150 ‘early bird’ tickets were sold out within two days. The next hundred carts were also gone quickly. And despite heavy rain, the evening was a hit. “There was a lot of enthusiasm for it beforehand”, Teunissen says.

Halloween and carwashes are a good match. “It’s just fun to do something different than just washing cars”, the owner explains. “My son started it a few years back, he was inspired by what happens in America. This was the third year.” For the petrol station with carwash and indoor cleaning track, the event originated before the corona time.

The carwash itself had this aftermovie made. Read more after the video.

Shell De Wetering holds regular events. Except for Halloween, once a year there is a ‘Carwash & Drinks’ and during the winter there is disco washing every Friday night. Teunissen calls Halloween the best event of the year.

The horror carwash does not lead to an increase in the number of washes or in turnover. “At the end of the line, it doesn’t make any money”, Teunissen says. “But it is fun to do for our guests. It is something different. And that, in turn, creates brand awareness. People who have a ticket for the horror carwash will probably not come to the wash the week before.”

To advertise the evening, the carwash emailed its customer database, which comprises some 17.000 addresses. The necessary attention was also drawn via social media.

Next year again? “Definitely,” says Teunissen. “Then we hope to do something new for Halloween. The next thing on the agenda is disco washing. 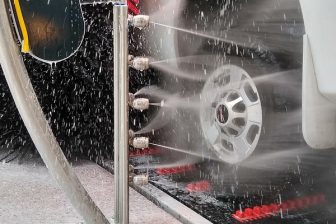 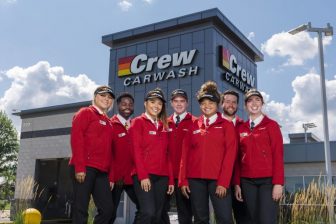 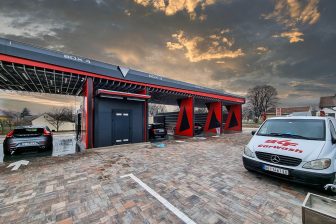