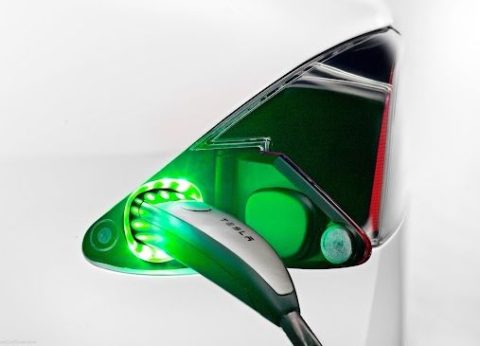 Tesla owners in the German district of Oldenburg might have to turn to the old bucket and sponge. Several Raiffeisen gas stations with a car wash switched on the red light for cars of the Californian brand, in fear of damage claims.
The ban on the expensive electrical vehicles mainly has to do with possible damage to charging and tailgates that open during cleaning. German magazine Stern reports about the case.
Older Tesla models in particular are prone to problems in a car wash. According to the German newspaper it’s mostly Model S and X that seem to be affected. These cars lack the so-called car wash mode. Tesla initially enabled this only for the Model 3 and Y with the 2021.24 software update.
The car wash mode is still missing in the luxury X and S vehicles, causing potential problems. This particular mode closes all windows, locks all doors, and turns off windshield wipers, guard mode, “lock after remove,” and parking sensor signals. When drivers don’t turn it back on again, it can cause damage to parts of the car. Damage that will not be covered by the warranty.

The Californian electrical car company advises against visiting car washes with contact by brushes or rags. The owner’s manual for all vehicles states, “If you wash the vehicle in an automatic car wash, use only a non-contact car wash. These car washes have no parts (brushes, etc.) that touch the surface. Other types of car washes may cause damage that is not covered under warranty.”
One car wash operator who recently banned Tesla’s from entering, explained that the closure to Tesla was for its own protection. Although customers had assured that the vehicle was locked after a wash, there had been many cases of water entering the vehicle. Each time the culprit was an open flap, which probably burst open when the brushes or rags touched it.
Other electrical vehicles apparently don’t have this problem and are still welcome at the Oldenburg car washes.
Also read: