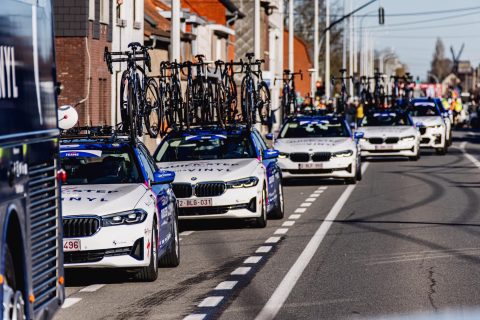 Who washes the cars in the Tour de France?

It is one of the biggest multi-day sporting events of the year: the Tour de France. In addition to the 176 cyclists, hundreds of vehicles are following in their path. Cars which are seen by millions of tv-viewers. But who actually cleans all these cars? And how often do they get washed? We called a few cycling teams to get some surprising answers.
Car wash owners who watch the Tour de France on television will be licking their lips at the daily long parade of cars. Hundreds of potential customers pass by, while an international audience of millions watches this endless caravan.

Do the math: 22 cycling teams with an average of six to eight passenger cars on the race track. Then you’ve quickly filled up a professional wash tunnel, right?
And that’s without counting the trucks filled with bikes and tools, nor the coaches that bring the cyclists from and to the hotels after the race. Let alone the dozens of trucks transporting stage parts and other equipment.

Yet the French (and Danish, Belgian and Swiss) car washes are not getting rich off the Tour caravan. After Carwashpro made some phone calls to the various cycling teams, we quickly learned that most of them wash their vehicles themselves. Often on a daily basis.

“We wash our cars ourselves,” says Allessandro Volders of cycling team Intermarché Wanty Gobert. “Every night, after the stage is over. During the stage the cars usually get a bit dirty. It’s important to us that the cars look their best. After all, it is our business card.”

Intermarché Wanty Gobert is one of the smaller teams in the Tour. But despite the small budget, they are very successful. Recently, Taco van den Hoorn almost won the important cobbled stage near Roubaix. “Our cars were enormously dusty afterwards,” Volders adds.

The successful and much wealthier Dutch cycling Team Jumbo-Visma also confess to us that they wash their vehicles themselves. “Because there are bike racks and several antennas on the cars, we cannot simply drive them through an automatic car wash,” explains Ard Bierrens, spokesman for the cycling team with successful riders such as Wout van Aert and Primoz Roglic.
Bierrens indicates that they have a partnership with the German cleaning company Kärcher. “They supply us with the necessary materials.” 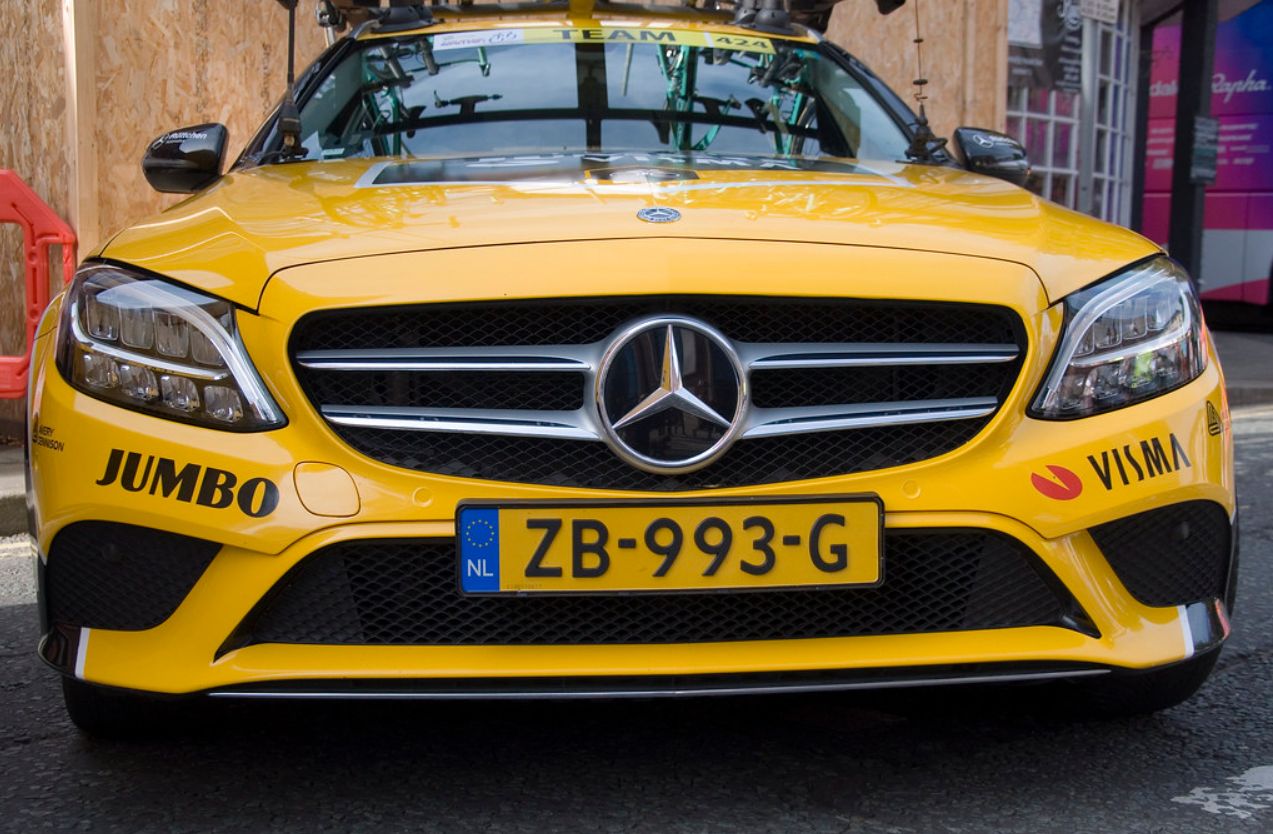 Phil Lowe, spokesman for Quick-Step/Alpha Vinyl, has a similar story. “Our mechanics wash the vehicles after each stage. In our truck, we have access to a high-pressure cleaner which we use to hose down the bikes every night. With the same equipment we also wash our cars. All eight of them.”

Asked about sustainability and water use, Lowe gives us some reasurances. “At our team, we have sustainability at the forefront of our minds. We even have a long-term program called ‘It Starts With Us.’ That’s our environmentally friendly campaign. That includes a sponsorship deal with soap supplier Morgan Bio Blue, who supplies us with the biodegradable cleaning products for the bikes. We also use their soap for the cars.”

None of the cycling teams we spoke to are aware of the water restrictions in place in some French departments. In some departments, hand-washing of cars is currently frowned upon, due to persistent drought.
“Is that so?”, responds Alessandro Volders of Intermarché Wanty Gobert. “I don’t actually know anything about that. It could be that we will wash the cars every other day then.”

At Quick-Step, too, the news comes as a surprise. “That could indeed come into play,” says Lowe. Though he’s not particularly worried. “Both Quick-Step’s truck and coach have a sizable water tank on board. We fill that up every few days. So we can anticipate any restrictions. Moreover, we are very conservative with our water consumption. For the very reason we only have a limited supply on board.”